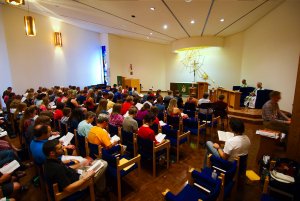 Nearly 200 Lutheran youth and counsellors gathered at Brock University for a Higher Things Lutheran youth conference, 17-20 July 2012. This marks the first time the annual conference has been held in Canada. Youth came from nearly every Canadian province, and several U.S. states.

Conference attendees stayed on campus in Brock’s DeCew residence. Three services per day were held in the chapel of Concordia Lutheran Theological Seminary, which is on the 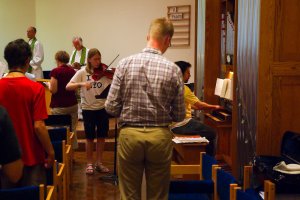 campus of Brock University. Organists from Kitchener-Waterloo led a choir of participants, and were joined by a brass quartet of local youth and church members. It’s rare for such events, normally held on university campuses, to have access to such fine worship facilities—though chairs had to be set up in the aisles to accommodate the large group. 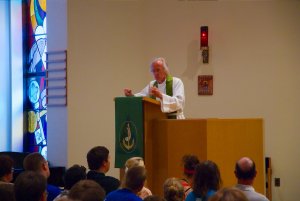 The conference’s theme, TWELVE, reflected the year (2012) and the 12th anniversary of the Higher Things organisation. Plenary speakers and worship focussed on biblical themes for the number 12. Daily activities included worship services, plenary and breakaway teaching sessions, and games. 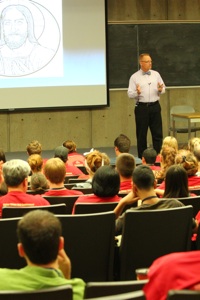 Higher Things is a recognised service organization of the Lutheran Church–Missouri Synod that assists parents, congregations, and pastors in cultivating and promoting a Lutheran identity among youth. See www.higherthings.org.