Offering God’s peace under enemy fire is just one of the important aspects of military chaplaincy, explained Rev. Alex Knowles to the 118 guests and members of the seminary community in the chapel on 26 April. And he should know. Major Knowles is a CLTS graduate and served as a first responder after the 9/11 attack plus subsequent tours of duty in Iraq and Afghanistan. There is also a lot of counselling required and the sad, inevitable writing of letters to family members after a death.

His account of this vital work to support soldiers and their families was one of the highlights of Guild Day 2014. We say “one” because there are several highlights, each important in itself.

A business meeting may not seem vital but it is at such meetings that Guild members vote on various projects. The students’ welfare is their business and the Guild has generously supported projects not included in the seminary budget. The latest task has been refurbishing or replacing furnishings in the student lounge.

Another highlight is the chapel service conducted entirely by students. Paul Preus served as liturgist and Tyson Mastin as the preacher. Both are to graduate and be placed this spring.

For the congregations who “adopt” or sponsor students for the year, another high point is the introduction of the students and their families, followed by lunch together. Here the Guild members learn more about the students and the students have another opportunity to express personally their thanks for the many ways in which the Guild impacts on their lives while at the seminary. 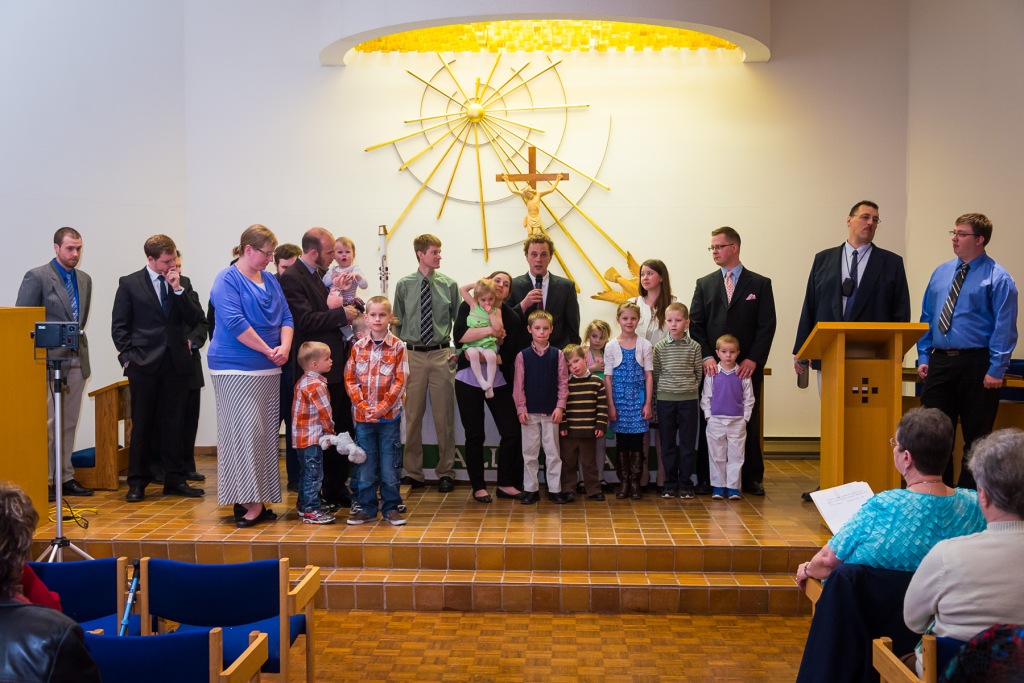