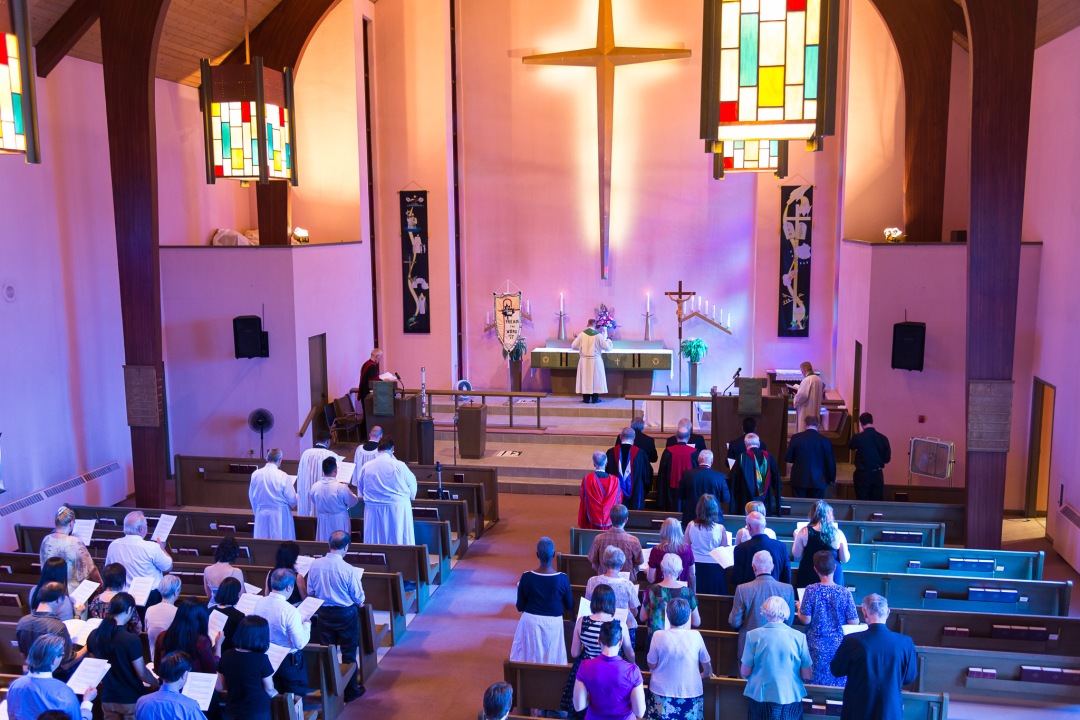 Warm hearts were met with equally warm weather when mercury rose to over 35 degrees Celsius in St. Catharines on the day of the Call Service. Gathering students, their friends and family members, faculty and staff, and friends of the seminary, the service held in Grace Lutheran Church saw approximately 100 attendees joining together in praise and prayer over the Church and her future ministers. The liturgy of the vespers service was led by Rev. Esko Murto of the seminary faculty, with Rev. Alan Bauch (CLTS alumnus 2005) preaching.

As part of the festivities, awards of recognition were given out. The highest award issued by the Seminary, the Delta Chi award was presented to Mr Stephen Klinck, noting especially his sustained work in Lutheran Hour Ministries. With the Delta Chi Medal, Concordia Theological Seminary wants to honour individuals for the work done in the service of the whole Church.

Concordia Lutheran Theological Seminary was also happy to present the Friend of the Seminary award to professor emeritus of Brock University, Dr David Goicoechea. With this award, CLTS recognizes Dr Goicoechea’s instrumental role in building connections between the seminary and the philosophy department of the university.

The Nadine and Kent Schappert Family Fund Award for Pastoral Care, given annually to a seminarian especially distinguished in practical theology and pastoral mindset was given this year to seminarian Kirk Radford.

Photos can be downloaded from the seminary’s gallery here.