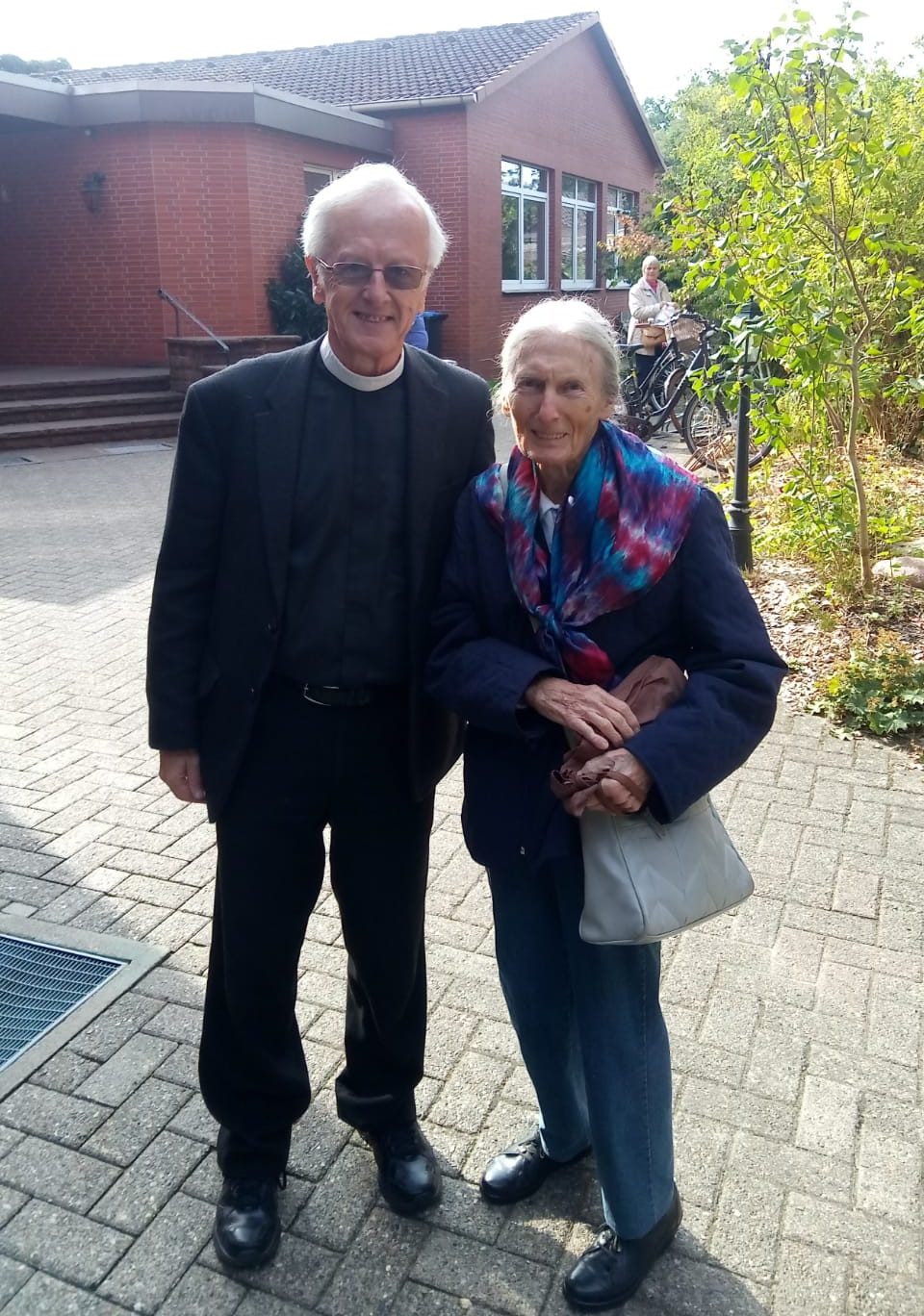 Dr Stephenson played truant after only one full week of classes in order to attend the combined fourth and fifth sessions of the preliminary conversations between our International Lutheran Council (ILC) and the Pontifical Council for the Promotion of Christian Unity (PCPCU). This latest instalment of these ecumenical talks was held in Bleckmar, Lower Saxony, from 17 till 21 September.

Bleckmar, a tiny village, is home to the St John congregation of our sister Church the SELK and to the famous Bleckmar Mission, founded in 1892 and now under the direction of lively and bilingual Pr Roger Zieger.

During his stay in Bleckmar, our senior professor got to make a total of three visits to the neighbouring larger village of Hermannsburg, which is a famous location and an ongoing site of spiritual energy for our brand of Lutherans. For a crucial part of the 19th century, the village pastor was the famous Louis Harms (+1865), who founded the Hermannsburg Mission, which functioned as an actual seminary preparing pastors for the mission field. Louis was succeeded as pastor by his not quite as famous brother, Theodor (+1885), under whose leadership the majority of the congregation left the State Church to form one of the eleven tributaries that eventually flowed into the formation of our German mother/sister Church, the SELK.

After Holy Communion at the Kleine Kreuz/Little Cross congregation, Dr Stephenson visited with parishioners, encountering a sprightly old lady who asked, “Why are you speaking South German?” Our history professor had just bumped into a significant walking piece of church history in 94 year-old Frau Lydia Hopf, whose late husband, Pfarrer Friedrich Wilhelm Hopf (+1982), was a staunch confessor of the Lutheran Faith against both the Third Reich and the Union Church that swiftly followed the Second World War. Ejected from the Bavarian Territorial Church for his faithful confession, Pfarrer Hopf became director of the Bleckmar Mission for 28 years. Frau Hopf spoke of her husband’s close association with the celebrated Dr Hermann Sasse (+1976), who became a close family friend who attended the Baptism of at least one of the Hopfs’ children. Oh, and it should be mentioned that the pastor at Kleine Kreuz, Revd Markus Nietzke, still recalls with fondness the year he spent in Edmonton during his theological education.

If there’s a Kleine Kreuz/Little Cross, there’s obviously a Große Kreuz/Big Cross congregation, and that’s where Dr Stephenson was spirited by the energetic Frau Britta Pfeiffer, who lives in Hermannsburg with her three daughters and capably superintends much of the operation of the Bleckmar Mission (she’s a great cook), after saying hello to the folks at the smaller church. Here the luncheon following a mission festival was going on, and Britta immediately took our senior professor to meet the great-grandson of Theodor Harms, Revd Dr Hartwig Fürchtegott Harms, who served a long stint as a theological educator in Ethiopia. Knowing that even ageing professors remaining in learning mode, Dr Harms stopped by the Bleckmar Mission later in the day with some books and articles about his celebrated forbears and their ongoing relevance to the life of the Church.

On the Thursday afternoon of the ecumenical talks, a group of the participants took a much more sombre trip than the Wednesday afternoon visit we made to Hermannsburg. Down the road from both villages is the tragic site of the Bergen-Belsen concentration camp. In his seminary sermon preached a few days after returning from Germany, Dr Stephenson noted that, with the widespread promotion of abortion and euthanasia among us, Canadian public life is being severely infected with the false idea of lebensunwertes Leben, the notion that some lives are not worth living and hence may and perhaps even should be extinguished. …

So why are there two Cross congregations in Hermannsburg belonging to the same Church, and why is there a Bleckmar as well as a Hermannsburg Mission? Sufficient for the day, but our students should be eager to learn the answer.