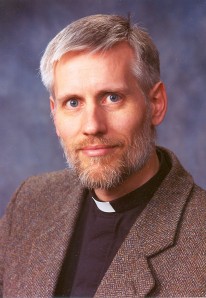 Rev. Dr. Thomas Winger has received the divine call to serve as President of Concordia Lutheran Theological Seminary (CLTS) in St. Catharines (Ontario). After two days of interviews, much discussion, and prayer, the electors appointed by Lutheran Church-Canada issued the call to Dr. Winger July 11, 2012.

“With joy, we embrace Dr. Winger’s leadership at CLTS,” said the seminary’s Board of Regents, “to serve God’s mission by preparing servants for the Holy Ministry of Word and Sacrament.”

Dr. Winger is a 1990 alumnus of CLTS. He also studied at Concordia College (Ann Arbor, Michigan), Concordia Seminary (St. Louis), and Westfield House (Cambridge, England), the latter of which he served as an instructor from 1999-2006. He has been a professor with CLTS since 2006, and was serving as the seminary’s acting president at the time of his call to serve as president. Previously, Dr. Winger served as pastor at Grace Lutheran (St. Catharines).